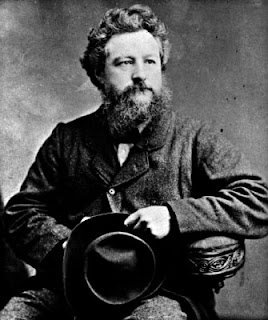 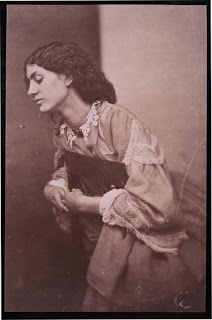 Happy Valentine’s Day to everyone out there! In honor of the holiday, I wanted to talk about the central figure of the Arts and Crafts movement, William Morris, and the impressive expressions of love he exhibited during his lifetime.

The first beautiful declaration of love from William Morris to Jane Burden occurred when he was painting her image, an artwork that would later be known as Guinevere, or La Belle Iseult. Legend has it (apparently this piece of information cannot be solidly dated any earlier than the early 20th century) that as he was painting her, he scrawled the words “I cannot paint you, but I love you” on the back of the canvas for Jane Burden to read. Out of all of the many legendary romantic gestures among the Pre-Raphaelites (for so William Morris was attempting to be at the time), this one strikes me as the most authentic and endearing. I wish I could have seen that moment when Morris first revealed the words on the canvas. Did he have a fabric draped over it, and reveal it when he knew she would be looking? Did he write the words on the canvas in front of her? And what was her reaction to this shy but romantic gesture?

In any case, Morris went on to propose to Jane Burden, and she accepted. His friends were shocked at the gesture. As his friend Swinburne said in response to the news, “to kiss her feet is the utmost men should dream of doing.” However, the Pre-Raphaelite idea of holding beauty up as an ideal, and treating the “Stunners” with chivalric and near idolatrous devotion had no practical application in Victorian England. Beauty has no class limitations, and often times the Stunners the Pre-Raphaelites would paint were from working class or even lower class surroundings. Jane Burden Morris was one of these individuals, and frankly, I feel that Swinburne’s reaction, along with the reaction of other friends of “Topsy,” (William Morris’ nickname) was extremely selfish and impractical. William Morris saw Jane Burden, and did not distance himself from her in a way that allowed him to “worship” her. He loved her enough to take her away from her lower-class origins, and give her a new life. How lovely and fine it is to speak from ivory towers of kissing the feet of Jane Burden. But those feet were attached to a body that might not even have enough food to eat. Reason #2 why William Morris has endeared himself to me.

But William Morris’ examples of showing a true love don’t end there. In one of his acclaimed poems, he wrote a beautiful description that is very clearly meant to be Jane.

Another incredibly romantic gesture on the part of William Morris.

But here again, the depths of William Morris' love for Jane do not end. Jane Morris was in a romantic relationship with Dante Gabriel Rossetti, perhaps even dating back to before William and Jane were married. Eventually William Morris found out, and he would have been completely within his rights to divorce Jane and leave her destitute and without any contact with her own children. However, William Morris proposed an extremely unorthodox solution. He and Rossetti co-signed the lease on Kelmscott Manor, with the understanding that it would be a place where Rossetti and Jane could go to be together. It's extrapolation on my part, but I see William Morris' actions as being further proof that he loved Jane too much to send her back into poverty and withhold her children from her.

After Rossetti died, Jane Morris had at least one more affair before William Morris died. Yet he continued to stay by her side, although his poetry at times becomes more melancholy. The amazing love that William Morris showed to Jane Burden Morris actually reminds me of a story from the Bible. In the Old Testament, the Prophet Hosea married the prostitute Gomer, and no matter how many times she would cheat on him and leave him, he would come and take her away, clean her up, and care for her. The love that he showed his wife was meant to mimic the love God had for His chosen people. This beautiful and unconditional love is mimicked by William Morris' actions toward Jane throughout their life together.

True love, even if not reciprocated.

This blog wouldn't be complete without wishing a Happy Valentine's Day to my own beloved, my fiancee, Thomas. Like Morris, Thomas finds big and small ways to show his love for me. True Thomas, I love you and I can't wait to be married! 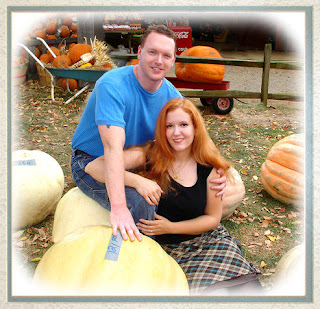 Congrats on your engagement! I find the story of William and Jane Morris quite sad, really. I was obsessed with knowing every little detail and I've read quite a lot about it (some authors even think he ignored Jane's affair because he was really in love with his sister--ew!).

Anyway, I've come to the conclusion that William Morris was a good enough man to know that he was too busy a man to be a very good husband to his wife. After he got caught up in Morris and Co. he became so obsessed with designing (and then later, with politics) that he simply had very little time to devote to his family. I think he was hurt by what happened with Jane, but I do think he loved her very much. Such a sad tale! Great post!
~Margaret

I've heard about the sister angle too, and personally, it angers me. Maybe I hero-worship William Morris too much, but it just seems like a stretch in order to make him fit in with the rest of his revolutionary group. I wholeheartedly agree with your assessment of his probable mindset.

And thanks for the felicitations :)