I thought it might be fun to occasionally play a game on this blog called "who can identify the familiar inspiration artwork for this?"

Today we got in the book Chalice by Robin McKinley at the library. I thought the cover art was very Pre-Raphaelite-looking, but it wasn't until I was looking at the art again a few hours later that I noticed what the inspiration artwork was.

Can you name it? Let's see who can guess right first. 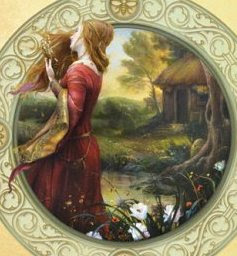 Boston is for Lovers (of the Pre-Raphaelites)

One more wedding related post, and then it's back to business as usual, I promise :)

Tom and I honeymooned to coastal Massachusetts. Specifically, we stayed in a castle B&B in Marblehead. The castle was built in the early 20th century as a reproduction of Erik the Red's castle. It overlooked a beautiful park and Marblehead harbor, and honestly, I can't imagine a more Pre-Raphaelite, romantic spot in the entire U.S.

The original plan was to spend a day or two around Salem, and also to go into Boston to visit the Fogg Museum, where there are several Burne-Jones artworks, and also perhaps the MFA in Boston as well as the Isabella Stuart Gardner Museum. Sadly, none of that worked out. I was devastated to discover that the artwork I most wanted to see at the Fogg, Burne-Jones Depths of the Sea (my favorite artwork by him) is currently out of the public eye while the Fogg is under renovation work. I was so upset when I heard this, I had to express it in picture form:

One Pre-Raphaelite related event going on that I wish I had been able to catch while we were in Boston, however, was the Imperishable Beauty exhibit at the MFA. The exhibit features Art Nouveau jewelry, but apparently also features Rossetti's Bocca Baciata. So if you happen to be in the Boston area, you might want to check it out! 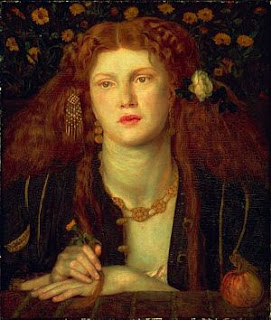 Well, we're back from our romantic wedding and New England honeymoon. Perhaps you'll indulge me to share a pose I chose on the wedding day based on a painting you all might know.

Love Among the Ruins, by Edward Burne-Jones: 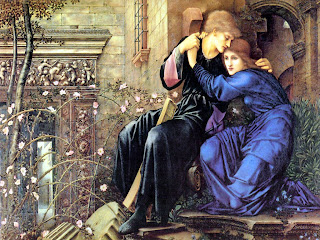 Our wedding picture, taken in the "Secret Garden" at Inniswood: 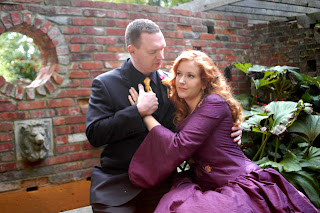 It was a beautiful day, in a locale very reminiscent of Pre-Raphaelite artworks. I had to take advantage of it in several pictures. If you want to see more, our Flickr album is here.
Posted by Grace at 9:56 PM 4 comments:

We interrupt our honeymoon to report.... 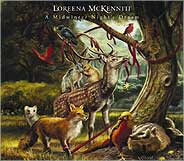 Ok, so technically we don't leave for our honeymoon till Monday, but we're married, so it counts ;)

But I just had to pop by and mention something that I at least find exciting. Loreena McKennitt has a new album of Christmas music coming out this month, and the last track on the album is In the Bleak Midwinter!

Unfortunately though, it appears it's an instrumental. Dang you, Loreena!!!