Last night, my husband and I watched the British film Me Without You, starring Michelle Williams and a pre-Pushing Daisies Anna Friel. I was delighted to see a copy of Arthur Hughes' Ophelia in the bedroom of Michelle Williams' character at the beginning of the movie. Little did I know that this would begin a 1 1/2 hour search through every scene where her rooms were featured to find picture after picture of the Pre-Raphaelites. Seriously...they were plastered everywhere in the backgrounds! Rossetti, Waterhouse, Burne-Jones, Hughes...and more!

(and btw...I have this nagging feeling someone has told me about this movie before, so I apologize for no credit if someone did)

There's also a gorgeous scene where her character imagines her beloved lying with her in bed, with her coverered in wet flowers and river weeds, which taken in context of the Ophelia imagery everywhere else in her life, is clearly a nod to Ophelia. 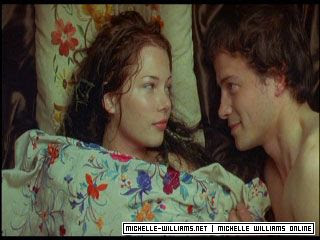 You can see the Burne-Jones in the background of this screencap: 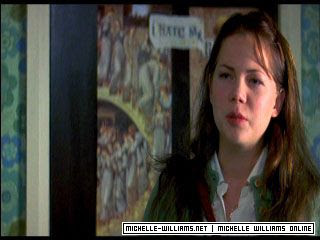 Thanks to Robert H for identifying the left painting as William Blake's Newton. 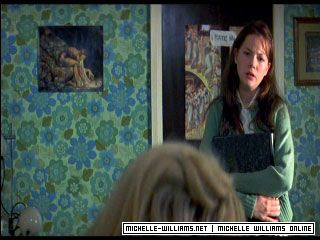 Hughes' Ophelia, and many many more images. It was a delight to play "Where's Waldo" throughout the movie. Especially once her character has an apartment of her own in post-college years. Her kitchen cabinets are plastered with images, and I just sat there and went "that's a photo of one of the Brotherhood! I can't quite tell who...there's Jane again! There's a Burne-Jones!!" 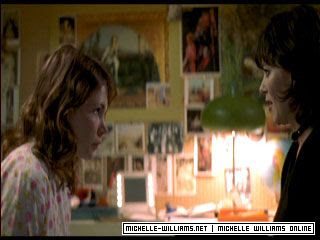 Oh, that's going to bug me now! The pose of the figure is pinging bells, but I can't quite place it. Will have to look through my books.

And put this movie on my Netflix queue. Thanks for the tip!

I think it's William Blake

!!!!!
That is wonderful! Can I add these to my Pre-Raphaelite Sitings list?

Thank you Robert! I thought it looked like a Blake!

Valerie, definitely put it in your queue. I really enjoyed it.

this is Laurie by the way :D